Build a figure from the new line due March April 2021

The hype for this is amazing

We have guaranteed stock arriving 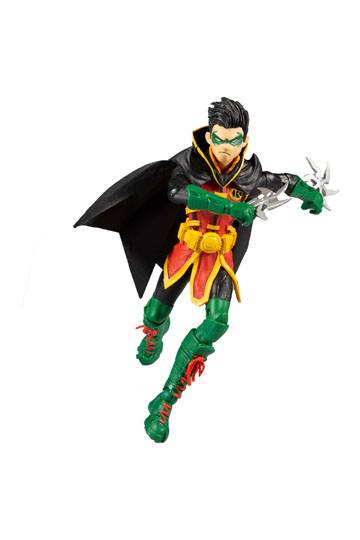 Straight from the DC universe comes this great action figure. It stands approx. 18 cm tall and comes with accessories and base in a collector edition window box.Robin is Batman’s protégé and crime-fighting partner. More than just a sidekick, Robin is an accomplished acrobat, a skilled fighter, and a sharp detective in his own right. Through rigorous and constant training, Robin maintains his physical edge, which, along with his knowledge of martial arts, makes him a formidable match for even the most experienced criminals. Although he does not possess any super powers, his discipline, training, and intelligence make him the natural leader of the Teen Titans!Features:– Incredibly detailed 7″ scale figures based off the DC Multiverse– Designed with Ultra Articulation with up to 22 moving parts for full range of posing and play– Damian Wayne as Robin figure is based on the comic book Teen Titans #20 (Comics 2018)– Damian comes with a Batagrang throwing star, sword, and a base– Included collectable art card with Teen Titans #20 artwork on the front, and character biography on the back

The place hero’s 💓 to shop And the place for dc multiverse find us on facebook!!!